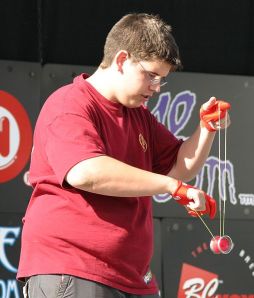 I tried everything and nothing worked.

That’s probably the most often heard first line in any testimonial in a diet or exercise infomercial. It’s usually followed up with “but then I tried …”

But somehow, we’re quick to dismiss those unsuccessful tries as failures and “unsustainable” when really, it’s about that person’s perseverance. It may sound overly simplistic, but any diet, or anything for that matter, is sustainable as long as the person is resolute enough to keep at it.

History is rife with people who kept failing at stuff – Kentucky Colonel Harland Sanders had his fried chicken recipe rejected over 1,000 times; Soichiro Honda was passed over for a job at Toyota, so he started making his own scooters at home waiting for an engineering job to come along, before starting up his own company; of the hundreds of canvasses he painted, the starving (literally!) artist Vincent Van Gogh sold just one painting in his lifetime: and, inventor Thomas Edison created over 1,000 light bulb designs before finding one that worked.

As Mark Cuban, owner of the Dallas Mavericks basketball team, put it: “I’ve learned that it doesn’t matter how many times you failed; you only have to be right once. I was an idiot lots of times and I learned from them all.”

So you tried a diet or an exercise plan and it didn’t work for you. Why not? Look at the reasons why you failed and don’t repeat those experiences. If the Atkins diet didn’t work for you, remember that the next time you’re presented with another low carbohydrate plan. If the Acai pills didn’t result in pounds just melting off your body without your having to do anything special, chances are the next magic pill won’t do it for you either.

There’s a saying that the definition of insanity is doing the same thing over and over and expecting different results.

There’s another saying: don’t turn your back on a good thing. For me with Isagenix, the good thing is that it’s natural. It’s worth it to me to pay extra for something that doesn’t have a lot of crap in it. And it’s not as if I’m putting all my weight-maintenance eggs in one basket. I know that watching what I eat and exercising regularly is what works best for me. I then fit the Isagenix component into my tried-and-true formula.

Don’t ever stop looking for that weight-loss system that might work for you and when you find it, stick with it. And when it works for you, don’t drop it if something else comes along – adapt it to make it work better for you.

When he was king

Don’t listen to the “experts”

Come along on the journey